The Best of India Short Film Festival was established by ShortsTV to honor and recognize the exceptional work of Indian filmmakers. Our goal is to raise the artistic awareness of these filmmakers to the Hollywood film community and open doors for possible television deals and other opportunities to benefit the short filmmaker.

The first edition of the festival took place in late 2017 and early 2018. To be eligible for the competition, submitted films needed to be “narrative” live action short films with a total running time of 40 minutes or less, and either the writer, director or producer had to be from India.

ShortsTV received over 1,000 entries! These were whittled down to the following six outstanding finalists:

All finalist films were screened at a special event at the Beverly Hills Playhouse, Los Angeles, before a jury made up of industry professionals decided the winner.

After much deliberation the winner of the $1,000 grand prize was awarded to Chintan Sarda and his film Shunyata (The Void).

Read more about his win and watch a trailer for Shunyata here. 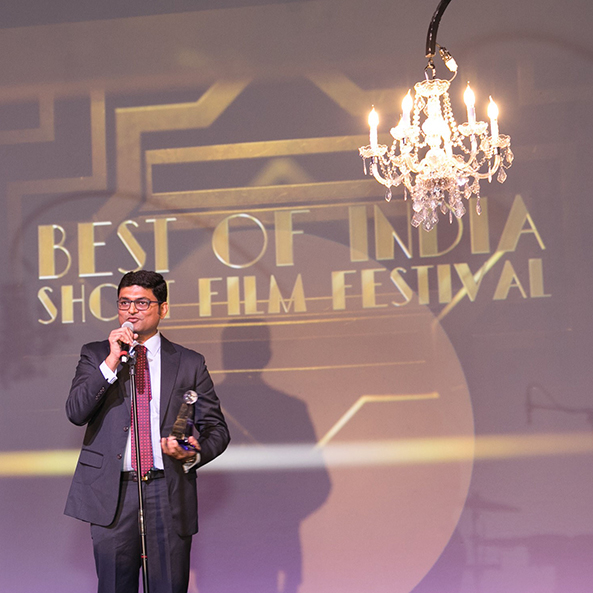