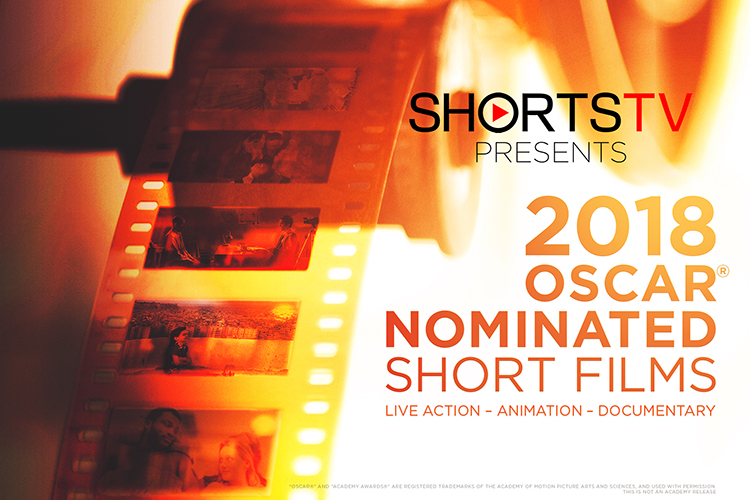 Shorts International, the world’s leading short film entertainment company and operator of the ShortsTV channel, is pleased to announce its most successful theatrical release of the ‘Oscar Nominated Short Films’, ahead of the 90th Academy Awards on March 4, 2018.

ShortsTV’s theatrical presentation of the year’s best ‘Live Action Short Film’, best ‘Animated Short Film’ and best ‘Documentary Short Subject’ nominees is the biggest theatrical release of short films in the modern history of cinema. Box Office data from the opening week of the US release last week shows an increase of 850 per cent in audiences over the past decade.

ShortsTV pioneered the theatrical release of short films and has, since 2006, exclusively presented the ‘Oscar Nominated Short Films’ in theaters in the US, South America, Europe, India, Australia and South Africa, working closely with the Academy of Motion Picture Arts and Sciences.

The company also owns ShortsTV, the world’s only 24/7 HD TV channel dedicated to short films, which is currently broadcast in the US, and in some European countries, through major Pay TV providers to 33 million homes with 5 million subscribers.

With a library of over 5,000 titles, including award-winning and star-studded live action, animated and documentary shorts, Shorts International is uniquely positioned as an entertainment company of the future, capitalizing on the growing global shift in entertainment preferences – away from long form and moving increasingly to short form content.

Carter Pilcher, CEO, of Shorts International, commented: “Bringing new audiences the unexpected joy of seeing great movies that are less than 30 or 40 minutes in length is our passion. We’ve worked closely with the Governors of the Short Film & Feature Animation Branch of the Academy of Motion Pictures to make the ‘Oscar Nominated Short Films’ available to theatrical audiences across the US for 13 years, and are thrilled to see our in-theater audiences growing year after year.

“This year’s Oscar Shorts are some of the year’s best movies, in any category. What’s more, the diversity of films our audiences get to experience in a 90-minute theatrical release is one of the most energizing and exciting experiences in theatres today.

“It’s that high quality viewing experience that is growing the appetite for short films across multiple platforms globally, and at Shorts International we’re proud to be leading this entertainment revolution.”