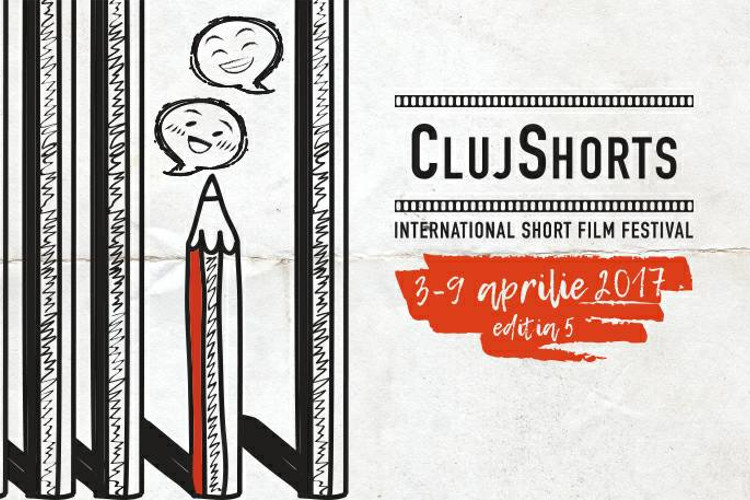 In April, we’re partnering with ClujShorts International Short Film Festival in Romania, where we’ll be presenting an award for Best Romanian Short Film. We sat down with the festival team and asked them to tell us about what they do and why they love short films.

1 Tell us a bit about ClujShorts and what you do?

ClujShorts takes place, obviously, in Cluj-Napoca, which is the second most populated city in Romania and often considered the heart of Transylvania. It has a diverse and growing cultural scene, which fits with the relentless pace of the city.  ClujShorts is about the love for short films. Since 2013, we have been bringing together film enthusiasts, talented directors, actors, bold producers and a large variety of good films every Spring.

In 2017, ClujShorts celebrates its 5th edition. The 800 films submitted this year were sent from 90 countries around the world. The short films screened this year are all very different, with a variety of themes and styles, as well as the age categories they address.

The screenings are combined with Q&A sessions and artist talks. Also, the partnerships with local and international cultural institutions bring an extra benefit for the festival and its guests.

2 How do filmmakers get involved in your festival?

It depends on their interest: if they want to get involved, they will come to Cluj during the festival and they will present their work in different ways. An important moment is the round-table, where each person gets to share their experiences and establish future possible collaborations.

If the filmmakers (directors, producers, actors etc) are not able to attend the festival, we ask them to send us a short video message. This way, they get to share something about themselves and their shorts-film with the audience.

3 What are the benefits to short filmmakers of being involved in your festival?

ClujShorts encourages up and coming directors and promotes already established ones. During the festival, we organise workshops, master classes, exhibitions, and meetings between our guests and the public.

Also, two big goals are reached: on the one hand, the discussions between specialists lead to experiences being exchanged and possible new partnerships being formed (Russia and Portugal partnership for example); and on the other hand, with the Q&A sessions and artist talks a lot of practical questions regarding short film production are answered.

4 Why do you think short films are important? Why should people get excited about them?

Because a short film is still a complete movie. It needs to be enjoyed for its artistic value, complexity and ability to express the filmmakers vision in a shorter amount of time.

A short film represents the essence of filmmaking. To make a short film, it’s important to be concise. One does not have a lot of time to develop the situation and the characters. Nevertheless, the filmmakers goal is to convey their idea to the audience in a way that’s not rushed or unfinished. While making a good short film, we believe it’s not necessary to have a huge budget, but it is important to have good analytical and synthetic abilities. Of course, necessary skills to produce and direct a film are also necessary!

For the viewer, efficiency is utmost. In the time it takes for someone to watch a regular film (90-120 minutes), they can watch up to 10-15 short films. This translates into more experiences and ideas.  And even if there are only a few available minutes, the viewer can still enjoy a film. A short film.

5 Tell us a bit about the Romanian short film industry – what would you like people around the world to know about it?

At this point, there are a lot of projects that don’t get completed because of limited resources. But thankfully there are several companies that have succeeded in this market.

Romania has professionals on all levels of performance and there is a willingness to learn and experiment.

Find out more at www.clujshorts.ro